This web page requires JavaScript to be enabled.

How to enable JavaScript? 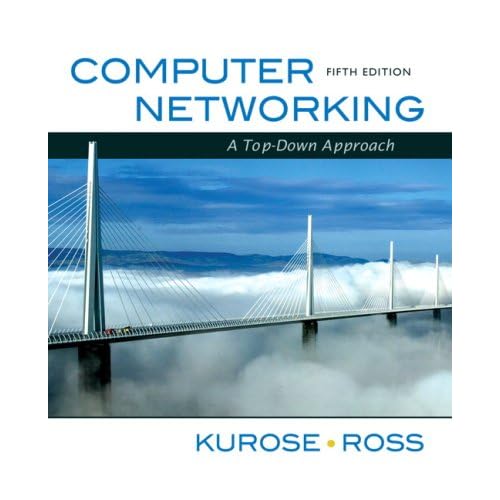 Certain data-communication protocols hog the spotlight, but all of them have a lot in common. Computer Networking: A Top-Down Approach Featuring the Internet explains the engineering problems that are inherent in communicating digital information from point to point. The top-down approach mentioned in the subtitle means that the book starts at the top of the protocol stack–at the application layer–and works its way down through the other layers, until it reaches bare wire.
The authors, for the most part, shun the well-known seven-layer Open Systems Interconnection (OSI) protocol stack in favor of their own five-layer (application, transport, network, link, and physical) model. It’s an effective approach that helps clear away some of the hand waving traditionally associated with the more obtuse layers in the OSI model. The approach is definitely theoretical–don’t look here for instructions on configuring Windows 2000 or a Cisco router–but it’s relevant to reality, and should help anyone who needs to understand networking as a programmer, system architect, or even administration guru.
The treatment of the network layer, at which routing takes place, is typical of the overall style. In discussing routing, authors James Kurose and Keith Ross explain (by way of lots of clear, definition-packed text) what routing protocols need to do: find the best route to a destination. Then they present the mathematics that determine the best path, show some code that implements those algorithms, and illustrate the logic by using excellent conceptual diagrams. Real-life implementations of the algorithms–including Internet Protocol (both IPv4 and IPv6) and several popular IP routing protocols–help you to make the transition from pure theory to networking technologies. –David Wall
Topics covered: The theory behind data networks, with thorough discussion of the problems that are posed at each level (the application layer gets plenty of attention). For each layer, there’s academic coverage of networking problems and solutions, followed by discussion of real technologies. Special sections deal with network security and transmission of digital multimedia. –This text refers to an alternate Hardcover edition.