This web page requires JavaScript to be enabled.

How to enable JavaScript?

This post show you how to recover a reset or deleted commit with git reflog. We can find the commit that we want to be on in that list and we can reset to it.

There is an example for this case. Assume that the commit named "add deployed on IIS" is the deleted commit with git reset --hard and git push origin -f. We want to recover this commit and bring back to the local repository.

Step 1: Using git reflog to show all the lastest commit. There is a line:

Step 2: Using git branch to create a new branch based on the old state commit 1027e32

Step 3: Checkout the branch a. This will get us back to the desired commit. 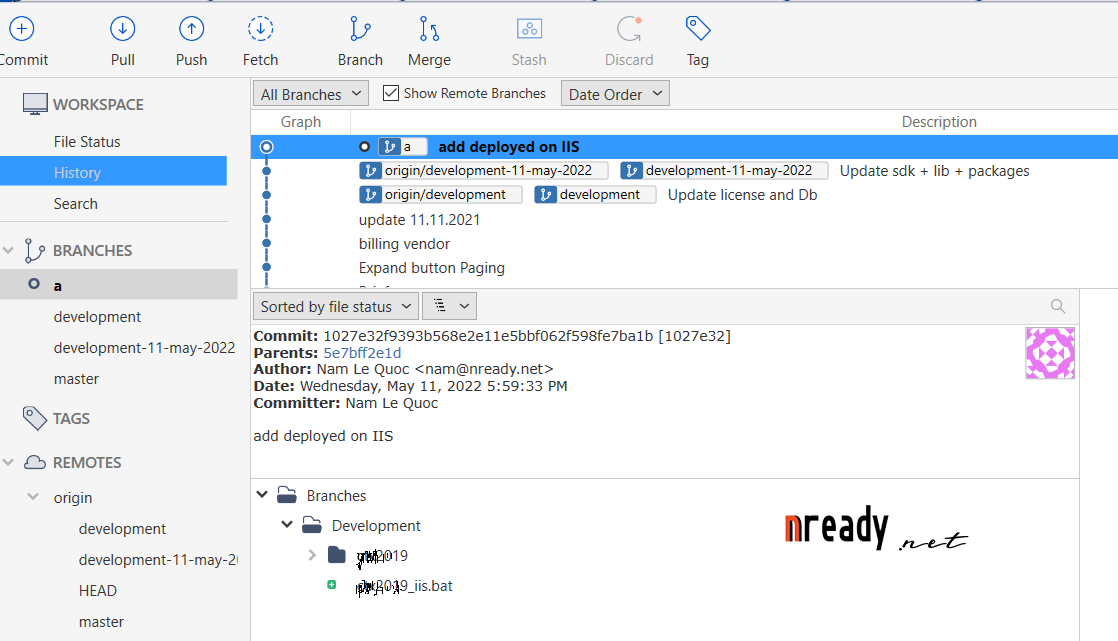 That’s all for recovering the reset/deleted commit on the remote repository.

In this tutorial we discussed the git reflog command. Some key points covered were: